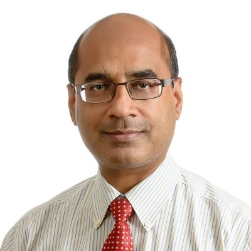 Mohan Kankanhalli is Provost's Chair Professor of Computer Science at the National University of Singapore (NUS). He is also the Dean of NUS School of Computing. Before becoming the Dean in July 2016, he was the NUS Vice Provost (Graduate Education) during 2014-2016 and Associate Provost during 2011-2013. Mohan obtained his BTech from IIT Kharagpur and MS & PhD from the Rensselaer Polytechnic Institute. Mohan’s research interests are in Multimedia Computing, Computer Vision, Information Security & Privacy and Image/Video Processing. He has made many contributions in the area of multimedia & vision – image and video understanding, data fusion, visual saliency as well as in multimedia security – content authentication and privacy, multi-camera surveillance.

He directs N-CRiPT (NUS Centre for Research in Privacy Technologies) which conducts research on privacy on structured as well as unstructured (multimedia, sensors, IoT) data. N-CRiPT looks at privacy at both individual and organizational levels along the entire data life cycle. He is personally involved in privacy research related to images, video and social media as well as privacy risk management. N-CRiPT, which has been funded by Singapore’s National Research Foundation, works with many industry, government and academic partners. Mohan is a Fellow of IEEE.

We will end with a general discussion on privacy concerns related to multimedia analytics. 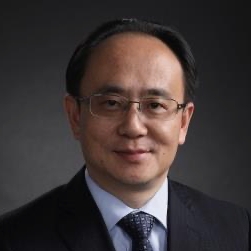 A Fellow of ACM, IEEE, IAPR and SPIE, and a Foreign Member of Academia Europaea and Canadian Academy of Engineering, Dr. Rui is recognized as a leading expert in AI and multimedia analysis. He is a recipient of many awards, including the 2018 ACM SIGMM Technical Achievement Award, the 2017 IEEE SMC Society Andrew P. Sage Best Transactions Paper Award, the 2017 ACM TOMM Nicolas Georganas Best Paper Award, the 2016 IEEE Computer Society Edward J. McCluskey Technical Achievement Award, the 2016 IEEE Signal Processing Society Best Paper Award and the 2010 Most Cited Paper of the Decade Award from Journal of Visual Communication and Image Representation. He holds 70 issued patents, has published 4 books, 12 book chapters, and 200 refereed journal and conference papers. With over 30,000+ citations, and an h-Index of 82, his publications are among the most referenced.

Abstract: With the rapid growth of digital economy, the world is entering a new era of digital transformation. Technologies like the Artificial Intelligence are changing the way we live and work profoundly as we know it. In his talk, we will demonstrate how Artificial Intelligence is empowering the entire value chain of industrial digitalization, using Lenovo’s own intelligent transformation practices in smart manufacturing as an example. We will also look into how the three elements of AI (data, algorithm and computing power) will change in future years.

Keynote 3: How to do Research for Fun and Profit 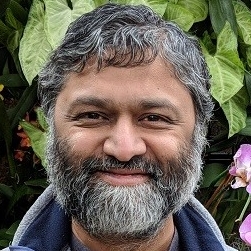 Divesh Srivastava is the Head of Database Research at AT&T. He is a Fellow of the Association for Computing Machinery (ACM), the Vice President of the VLDB Endowment, co-chair of the ACM Publications Board, on the Board of Directors of the Computing Research Association (CRA), and an associate editor of the ACM Transactions on Data Science (TDS). He has served as the managing editor of the Proceedings of the VLDB Endowment (PVLDB), as associate editor of the ACM Transactions on Database Systems (TODS), and as associate Editor-in-Chief of the IEEE Transactions on Knowledge and Data Engineering (TKDE). He has presented keynote talks at several international conferences, and his research interests and publications span a variety of topics in data management. He received his Ph.D. from the University of Wisconsin, Madison, USA, and his Bachelor of Technology from the Indian Institute of Technology, Bombay, India.

Abstract: Research is characterized as the process of posing new questions, undertaking a creative and systematic inquiry to find answers, and communicating this knowledge to the community. In this talk, I present a personal perspective to early career researchers and Ph.D. students at various stages in their careers on what they can do to help ensure that their research efforts are successful, and the process is enjoyable. 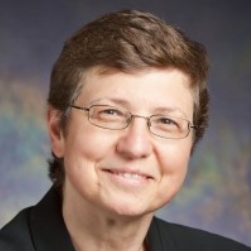 University of Illinois at Urbana-Champaign

Klara Nahrstedt is the Grainger Chair in Engineering Professor in the Computer Science Department, and the Director of Coordinated Science Laboratory in the Grainger College of Engineering at the University of Illinois at Urbana-Champaign. Her research interests are directed toward tele-immersive systems, end-to-end Quality of Service (QoS), resource management in large scale distributed systems and networks, and real-time security and privacy in cyber-physical systems. She is the co-author of multimedia books “Multimedia: Computing, Communications and Applications”, published by Prentice Hall, and “Multimedia Systems”, published by Springer Verlag. She is the recipient of the IEEE Communication Society Leonard Abraham Award for Research Achievements, University Scholar, Humboldt Research Award, IEEE Computer Society Technical Achievement Award, ACM SIGMM Technical Achievement Award, TU Darmstadt Piloty Prize, the Grainger College of Engineering Drucker Award. She was the elected chair of the ACM Special Interest Group in Multimedia (SIGMM) from 2007-2013. She was the general co-chair and TPC co-chair of many international conferences including ACM Multimedia, IEEE Percom, IEEE/ACM Internet of Things Design and Implementation (IoTDI), IEEE SmartgridComm and others. Klara Nahrstedt received her Diploma in Mathematics from Humboldt University, Berlin, Germany in 1985. In 1995, she received her PhD from the University of Pennsylvania in the Department of Computer and Information Science. She is ACM Fellow, IEEE Fellow, AAAS Fellow, and Member of the German National Academy of Sciences (Leopoldina Society).

Abstract: With the emergence of new 360-degree cameras and VR/AR display devices, more diverse multimedia content has become available and with it the demand for the capability of tile-based streaming 360-degree videos to enhance users’ multimedia experience. In this talk, we will discuss the challenges of 360-degree tile-based video streaming due to its large bandwidth and low latency demands and solutions to satisfy the demands, including semantic-aware description of 360-degree videos’ viewing patterns, rate adaptation of tiled videos and view prediction techniques to enable interactive viewing via Head-Mounted Displays. Especially, we will discuss the concept of navigation graphs to (a). capture salient objects and events as well as viewing patterns of users, and (b). map them into efficient tile-based streaming and viewing experience. We will show how navigation graphs are serving as models to capture diverse semantic content and viewing behaviors in the temporal and spatial domains. Experimental results show that navigation graphs, provided jointly with Media Presentation Descriptors, can assist in efficient solutions of the bandwidth and latency challenges associated with view prediction and user’s interactive viewing. We will also discuss next challenges that future viewing patterns and streaming paradigms will bring as the integration of 360-degree videos, 2D/3D videos, and volumetric media in augmented reality applications is coming.